REGIONAL- While President Donald Trump paints a rosy picture of his current bout with COVID-19 and continues to downplay the severity of a pandemic that has taken over 210,000 lives, two Minnesota … 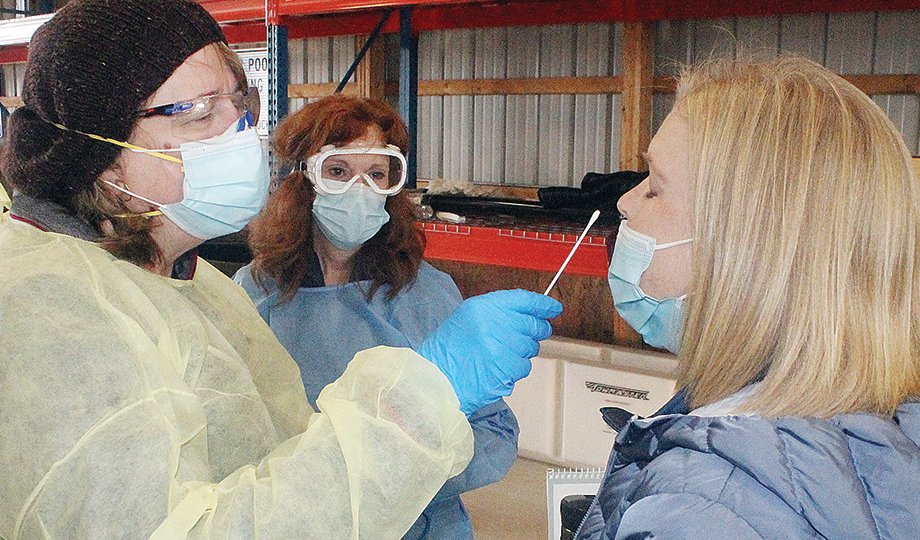 REGIONAL- While President Donald Trump paints a rosy picture of his current bout with COVID-19 and continues to downplay the severity of a pandemic that has taken over 210,000 lives, two Minnesota health experts painted a much gloomier picture last week of where we are, how we got here, and where things are headed in upcoming months.
Andy Slavitt, of Edina, a former head of the Centers for Medicare and Medicaid in the Obama administration, and Michael Osterholm, Director of Center for Infectious Disease Research and Policy (CIDRAP) at the University of Minnesota in Minneapolis, shared their assessments in a teleconference on Sept. 30, two days before Trump announced that he had tested positive for COVID-19.
Osterholm had a very different message about the direction of the pandemic than that voiced by the Trump administration.
“If you think things have been tough, so far, we’re just getting started,” he said. “Right now, only about 10 percent of Americans have actually been infected by this virus, and for us to really see the virus slowing down in its transmission, it’s going to take us to get to 50 to 70 percent of the population.”
And with all but four states reporting rising COVID-19 case rates, Osterholm noted that Minnesota is among the worst.
“Right now, the upper Midwest is the hottest place in the country,” Osterholm said. “Right now, Wisconsin is the worst state in the country, and North Dakota is right behind. Where do we sit? Right between the two of them.”
Given current trends, Osterholm said it’s likely the country will see a return of the large, widespread infection rates experienced across the country this past summer.
Osterholm said that the federal government’s messaging about the pandemic has fueled a large disconnect with a significant segment of the population.
“I’ve coined a new term in the last few weeks – pandemic anger,” he said. “We now have up to a third of our population that doesn’t believe this is real. They think it’s a hoax. They think it’s part of the deep state, that, in fact, it’s an attempt to affect an election and they don’t realize the challenge.”
That anger has hit too close for comfort for Osterholm.
“I’ve been in this business now for 45 years, and I’ve had more hate mail, more death threats in just the last several months than I’ve had in 45 years. It’s a totally different environment,” he said.
Osterholm, who said he has served under five presidents, said that the current hyper-partisan split over the coronavirus is a stark contrast with other public health crises with which he’s been involved.
“I can honestly say that while there were always partisan considerations, when we had a public health crisis, everyone came together, without exception, even going back to HIV and AIDS with Ronald Reagan,” Osterholm said. “[Public health crises] have always been considered an area of war in which partisan politics were left at the door, and we were able to bring the best of America, we were able to bring the best of our citizens, to bear on that particular problem. This is such a different situation. And until we have functional government, I don’t believe we will see a functional society respond to this in an effective way that we desperately need to have happen.”
Slavitt agreed with Osterholm about the role of governmental dysfunction in the country’s failure to achieve the kind of successful response found in other developed countries, but he spent a good portion of his time talking about how people experience the COVID crisis differently and how that plays into the divisiveness.
“I don’t think all of the lessons are just in who we have as president and the mistakes that he made. We have to look at ourselves,” Slavitt said. “For some people, COVID-19 is people they know who have died. But for other people, COVID-19 is the restaurant that they opened in 2008 that’s closed, and they worked their whole life to do it, and that’s the most important thing about COVID-19 to them. And if we decide that’s not valid, we’ve said that’s not as valid enough, we’ll never communicate.”
The way to begin to get at the partisanship and difference is by acknowledging the validity of someone else’s experience of COVID-19, even it if doesn’t match your own, he said.
“It may not work instantly, and it certainly won’t work 100 percent of the time. But first of all, at least you won’t be destroying relationships over this,” Slavitt said. “I mean, on top of all of this, to lose friendships, to lose relationships with family members, that’s tragic. We need each other. But if you carry the burden of having to educate everybody, and argue with everybody, it’ll drive you nuts.”
Slavitt said using concerns about personal freedom to object to public health measures, such as mask-wearing, stay-at-home orders, and social distancing, has to change back to how freedoms were once understood in the U.S.
“Two decades ago or two generations ago, if my grandparents were willing to talk about the freedom we had in this country, they would accompany that by talking about their responsibility to one another, the cost of that freedom, the price of that freedom,” Slavitt said. “We wouldn’t be just about what do I get. We’ve got to get back there. We’ve got to build our country by going back there. I think that’s the most important thing.”
Like Osterholm, Slavitt emphasized that government needs to change, for more effective responses now and in the future.
“We can’t make people care about one another,” Slavitt said. “But we can have a system that doesn’t pull out the worst in us.”
The online forum was sponsored by FairVote Minnesota, an organization advocating for changing the current voting process to make it more responsive to the public by allowing voters to rank their preferences for candidates for office rather than just vote for one.