Expected to cover much of Lake Vermilion and Orr area

REGIONAL- The $19.8 million high-speed broadband grant recently awarded to the Bois Forte Band will have impact far beyond the borders of the reservation, allowing the Band to extend the benefits of …

Expected to cover much of Lake Vermilion and Orr area 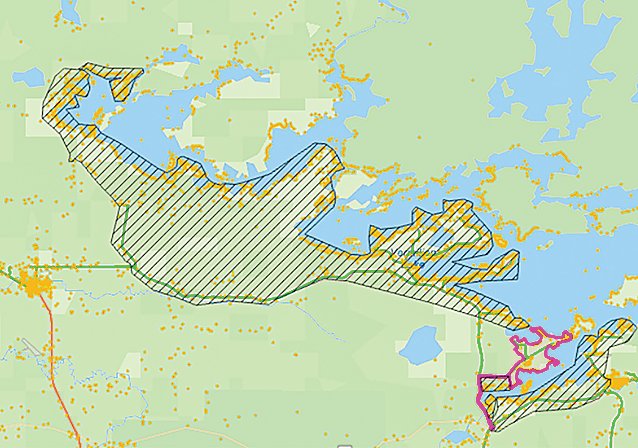 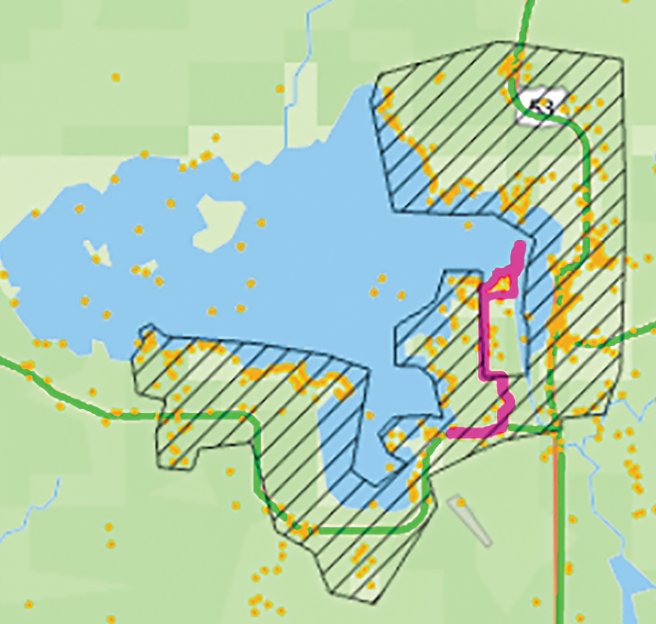 REGIONAL- The $19.8 million high-speed broadband grant recently awarded to the Bois Forte Band will have impact far beyond the borders of the reservation, allowing the Band to extend the benefits of high-speed connections to residents, businesses and services along the south shore of Lake Vermilion and around the community of Orr.
Bois Forte Information Technology Director Randy Long said the expansive project was possible because the scope of the federal Tribal Broadband Connectivity Program allowed for development in lands adjacent or near to reservations when tribal members would benefit.
“We had a really strong interest in trying to build up the area surrounding the reservation as well as the reservation itself to support a lot of our teleworkers,” Long said. “Bois Forte has been actively going down the road supporting more and more teleworkers, and current bandwidth limitations in this whole area have prevented that. From an economic development standpoint, it’ll be truly awesome for teleworking and distance learning for students. It’s going to allow telehealth and an entire gamut of things related to broadband. And it will support tribal government and its programs and operations and the tribal casino.”
The proposed service areas, which aren’t set in stone yet, will encompass two major areas.
The first is the south shore of Lake Vermilion. Likely starting just west of Tower, fiber optic broadband will stretch all the way to the west end of the lake, wrapping around the whole of Head of the Lakes Bay. The southern border for broadband deployment would be Hwy. 115 up to about Wakely Rd, where it would then taper to the northwest and Head of the Lakes Bay.
The Orr portion of the development would include residential and resort areas along the northwest shore of Pelican Lake and west along Nett Lake Rd. to serve the major areas of residential and commercial properties along the south shore.
The new system will connect with current Band projects serving the Vermilion and Nett Lake sectors and Indian Point on Pelican Lake.
Long noted the likelihood that the final scope of the deployment could be curtailed somewhat depending on the availability and cost of fiber optic cable and equipment, as well as unanticipated construction costs, which could be likely when dealing with Vermilion’s rocky south shore.
“We’ve got to put rock contingencies on this and that eats up funding real quick,” Long said. “And a lot of electronics equipment for this project is 55 weeks out right now.”
Still, Long anticipated that initial work on the project will begin next spring and continue into the fall. The earliest the Band would flip the switch for the new system is likely to be in the spring of 2024, Long said.
When live, the subscription-based service will provide a minimum speed of 250 megabits per second, ten times that required for designation as high-speed broadband under current FCC definitions. The top speed available will be one gigabyte per second.
The actual broadband hardware will be owned by Bois Forte, but the Band won’t actually be running the system, Long said. The Band is partnering with Minnesota-based high-speed broadband provider CTC Telecom to oversee the operational aspects of the system, including signing up users. Based on recent experience with smaller broadband installations, Long said he expects interest to be strong. Band members have extra incentive to sign up as they can receive up to $75 a month to defray the cost of a broadband connection.
“In a lot of our other projects, CTC has proven to be very dependable and very successful, and they fit the current business model that Bois Forte had,” Long said. “We have the expertise, but we lack the number of staff to actually support the infrastructure. That’s where CTC will come in. For us it’s a win-win.”
For prospective system users, the Bois Forte grant provides a viable alternative to the uncertainty created when LTD Communications, a small internet company with almost no fiber optic broadband experience, was awarded federal funding and exclusive development rights for much of the proposed Bois Forte service area. While companies and communities could explore other options if they wished, the inability to obtain federal FCC or state funding had made such projects largely unaffordable. Meanwhile, LTD Communications had up to ten years to install the projects it was awarded nationwide, leaving communities up in the air as to when they might see improved communications.
Being ready
The vision for the latest project was formulated about six years ago, Long said, and the Band had been working with CTC for three years on developing the comprehensive plan. When the Tribal Broadband Connectivity Program opportunity came along, Bois Forte was already well ahead of the game.
“In conjunction with CTC, a lot of the engineering work that was involved was generated already,” Long said. “We still have more to go, but we knew the baseline cost of developing the area and we knew the routes we needed to take ahead of time. So, before we even applied for the grant we had a lot of the legwork completed already.”
Demand for the TBCP funding far exceeded initial expectations, Long said.
“This was very, very competitive,” he said. “You had to have all your ducks in a row, everything critical to implementing a big project like this had to be listed as far as possible routes, rights-of-ways, and everything needed to make this thing go live.”
But while Long was confident the application had a strong chance of being funded, few people knew of the application until the award was announced.
“There weren’t too many people who knew about our application,” Long said. “I wanted to keep it quiet. I didn’t want a huge let-down from people if we didn’t get it. But now that we’ve got it, we have our work ahead of us.”