A voice for indigenous rights 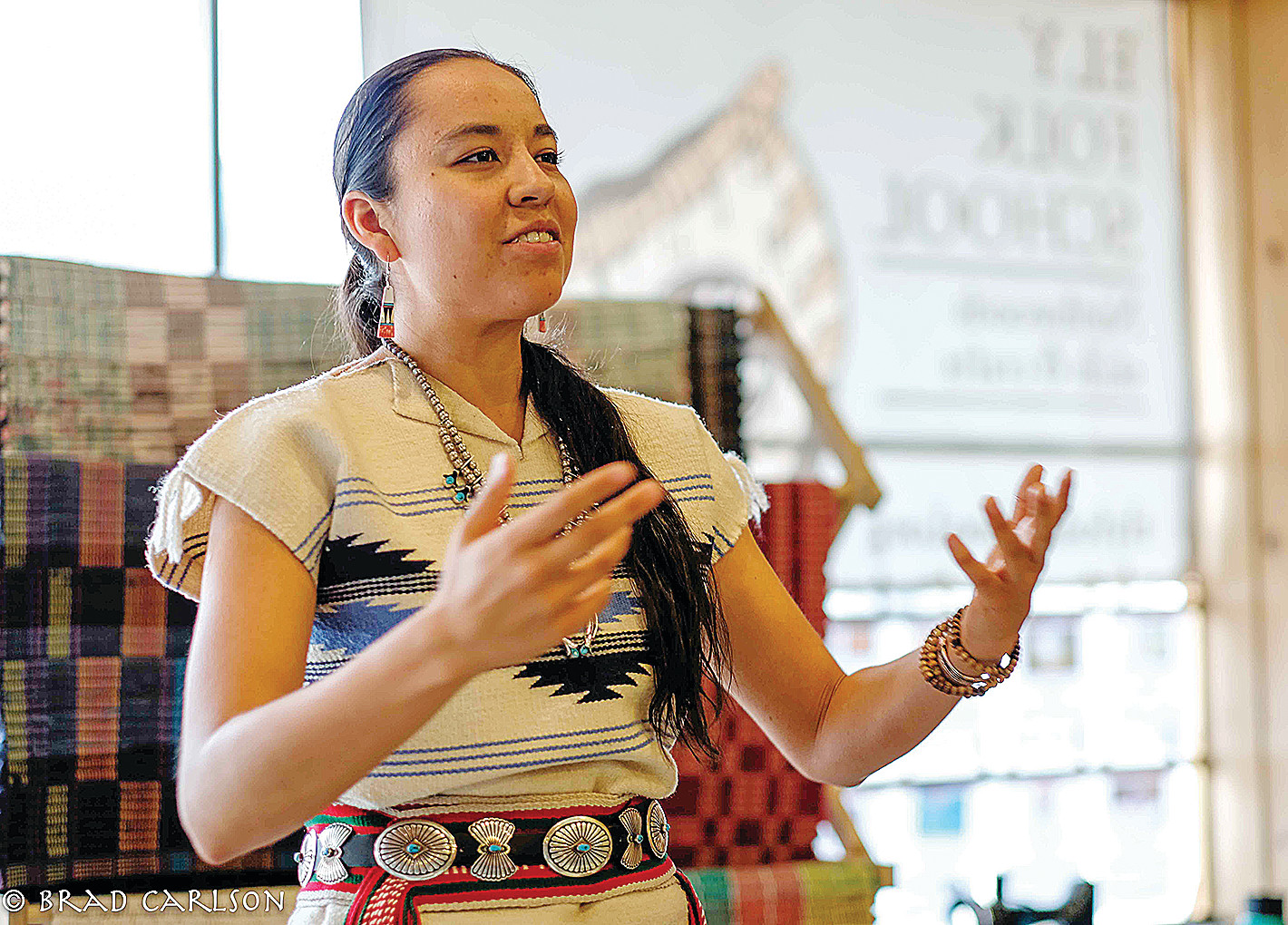 Lyla June spoke to a group at the Ely Folk School during her visit to the region this week. She also spoke and performed music at the Vermilion Country School in Tower.
Courtesy Brad Carlson
Posted Wednesday, May 16, 2018 4:31 pm

REGIONAL- Bridging cultures around the world, Lyla June Johnston is a student, a scholar, a musician, a poet, and an environmental activist. Her trip last week to the Tower and Ely area was her first to northern Minnesota, but her message is one she is working to spread across the nation.

“I like to introduce myself in the traditional Dine’ (Navaho) manner,” she told students at Vermilion Country School, where she spoke and shared her music on Friday. “We view everyone as our kin and our own people…anyone with five fingers who walks on this earth, they are our people, our nation, our family.”

Lyla June started by explaining her family tree: her mother’s clan, her father’s, and her maternal and paternal grandmother’s. With roots in the Navaho and Cheyenne nations, as well as a grandfather from Scandinavia, she said she is connected to both the Native American and European worlds.

The 28-year-old lives in Albuquerque, New Mexico, with her 94-year-old grandmother, but admitted she spends more time on the road than at home. She has studied at Stanford University and the University of New Mexico, and is starting work on her doctorate degree at the University of Alaska- Fairbanks this year (through an online program which will allow her to continue to travel to perform and speak).

Lyla June started writing poetry in high school and was a member of her school’s varsity poetry team, which travelled around the country competing in poetry slam events. Her musical roots include hip-hop and beat-boxing.

“Growing up I felt that people misunderstood our culture,” she told the students. She talked about the complexities of many native American languages, some of which have much larger word bases than English. She talked about her grandmother’s experience at an Indian boarding school, where students were punished for speaking their native language.

“They destroyed our language before learning to understand it,” she said.

Lyla June explained that this treatment of erasing cultures through the eradication of native languages was not new to America.

“This happened to many European tribes,” she said. She spoke about the persecution of women in Europe who were branded as witches. These women were healers, using herbs and natural remedies. It is estimated that six to nine million women were persecuted, often burned alive or drowned.

“I need to heal both sides of my heritage,” she said.

As late as the 1920s, she said, the British worked to eradicate the Welsh language spoken in Wales. Students were humiliated and punished for speaking in Welsh.

She spoke about the Native American holocaust, when over 95 percent of Native Americans were wiped out as the Americas were settled by Europeans. About 9,000 Navaho and Apache were jailed at Fort Sumner in the 1860s, and 6,000 died due to disease and starvation, she said. This model, she said, was studied by Hitler when he designed the internment camps in Germany.

“It happened here first,” she said.

Lyla June said learning this history is important, not to create guilt or shame, but “as a wind in our sails to uplift native cultures.”

“Every tribe has a sad story to tell,” she said.

Lyla June’s music speaks as a call to action.

“What is our legacy?” she asked the students. “We are here to help the next seven generations.”

As part of her trip to Minnesota, Lyla June did a series of fundraising concerts, with proceeds going to native language immersion programs in the Twin Cities area that teach young people their language. She called on the government to help fund these programs. “The U.S. Government destroyed these languages. They have a responsibility to help preserve them,” she said.

“We can create a beautiful end to this tragic story,” she said. “We have the power to heal the past.”

“You are all warrior spirits,” she said, calling on the younger generations to care for Mother Earth.

“We are dealing with the consequences of the mistakes of our ancestors.”

Lyla June’s music videos and spoken word performances can be found on YouTube.

ELY- A packed house at Ely Folk School greeted guest speaker Lyla June for the May 12 potluck gathering and intercultural event. Lyla June spoke on “the path of service” which has led her to environmental causes like the Standing Rock protests, her acclaimed spiritual rap song “All Nations Rise” on You Tube, her book “Lifting Hearts Off the Ground” which declares indigenous rights in poetry and her co-hosting of the annual Regeneration Festival honoring children around the world.

The event nicely set the stage for EFS’s summer-long intercultural endeavor (thanks to a Northland Foundation grant) through which they will engage Ely young people together with native Bois Forte young people in crafting a traditional birch bark canoe. Canoe artisan Erik Simula will guide the process while Mary Anderson, whose family is connected with the Bois Forte band, will coordinate the youth involvement.  Adults are also welcome to participate in the two dozen canoe-crafting sessions set for this May to September.

May 11 is the official ice-out on Vermilion