A busy construction season is taking shape at Lake Vermilion State Park, even as DNR officials work to finalize the environmental assessment of the park plan. 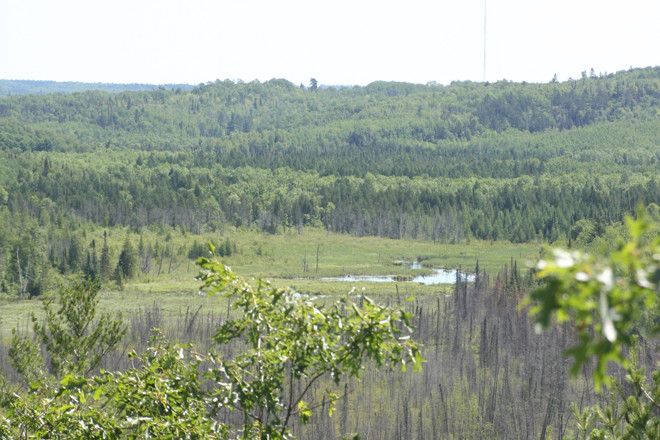 A busy construction season is taking shape at Lake Vermilion State Park, even as DNR officials work to finalize the environmental assessment of the park plan.

Reconstruction of old Hwy. 169 is first up on this spring’s agenda, according to Park Manager Jim Essig, who expects to award the contract in about a month. “Construction should be starting soon after road restrictions are lifted,” he said.

DNR officials have yet to officially name the new road, but Essig said most recent maps now designate it as Vermilion Park Drive. The road, which roughly parallels the current alignment of Hwy. 169, will provide access to most park amenities, including campgrounds, the day use site on Armstrong Bay (which is nearing completion), and a new visitors center (which remains in the early planning stage).

Essig said the road reconstruction will likely take up to three months, which will impact park access for much of the summer season. The new Armstrong Bay day use site will likely be limited to boat access, said Essig, but could be accessible by road in August if the road project goes as planned.

Construction on the first of two planned campgrounds should also get underway later this year, assuming the roadwork is completed on time. Current plans call for two campgrounds, one on a ridge overlooking Armstrong Bay in the northeast corner of the park, and a second located to the south on another ridge closer to Cable Bay.

Essig said current funding likely won’t allow for completion of both campgrounds, so park officials will focus on the Armstrong Bay facility for now, and hope that additional funding comes through in time to bid both projects simultaneously. DNR Project Manager Ron Potter said he was informed that the Minnesota House has included $11 million for Lake Vermilion park development in its 2013 bonding bill. The state Senate has yet to issue its own proposal, but given Senate Majority Leader Tom Bakk’s strong support for prompt development of the park, the Senate is likely to approve a similar allotment. If significant new funding is ultimately signed by the governor, said Potter, that should enable the park to complete both campgrounds at the same time. The governor’s bonding proposal, however, did not include dedicated funding for the park.

Even if construction gets underway later this summer or fall, Essig said the new campgrounds likely won’t be open until 2015 at the earliest.

Park officials are also considering re-bidding work on four new camper cabins, set to be built near McKinley Park in the Soudan Mine portion of the park. Construction bids came in too high last year and Essig said park officials are now considering including the cabins in the campground contract in hopes of obtaining a better price.

Essig said rugged terrain, which makes access to the camper cabin sites difficult, may have accounted for the higher-than-expected construction bids. “It’s making many of the projects more difficult,” he said.

Meanwhile, DNR officials have requisitioned funds to begin planning for the new visitors center, set for construction on an upland peninsula located between Stuntz and Mattson bays. That project will entail significant new road construction through more rugged terrain. Essig said completion of the visitors center is probably at least four years away, potentially longer if funding is limited. “So much of this is tied to money,” he added.

The park currently has about $8.5 million in available funds, said Potter, but that is already earmarked for the first campground project and camper cabins, said Essig. Funding for the new park access road comes from a separate DNR road account.